My performance in De Afspraak on May 28 caused a lot of controversy - especially when Chris Janssens (Vlaams Belang) made his appearance in the same programme, about a week later. I would have claimed that 800,000 Flemish voters are racist, as they decided to vote for his party. Consequently, he threatened to reduce the grants of our theater company Action Zoo with 18 percent. I felt encouraged by the fact that a far-right politician showed such a profound and passionate interest in art. It's touching that a leading figure considers the power of art to be this strong.

After the broadcast, I was fortunately given some pats on the back as well, but the hate actions and personal threats clearly dominated. It was painful to realize how the majority overlooked all nuance: what I had actually said was that 18% of the Flemish voters 'approve of a racist discourse'  and are probably aware of this. I did not accuse anyone of racism, but I did note that certain parties, through their discriminatory statements, tend to fuel xenophobic sentiments. The fact that they go against the Universal Declaration of Human Rights seems to escape a part of the Flemish population.

Yet I decide to be neither angry nor indignant today. I resolutely choose to break the spiral of anger. For it is not only anger that controls us. Flanders is mourning. We, Flemings, are grieving. We live our lives in a period of loss. And it is a challenge to be a worthy loser.

The recent election results reflect Flanders' grief. Vlaams Belang in particular is reaping the benefits of it. We, Flemings, feel sad about the fatal consequences of "promoted diversity" and "imposed multiculturalism" in our region, as Chris Janssens likes to refer to the trends. We grieve for the downfall of ancient Flanders, which had unity, individuality and unity as its greatest assets. For the long gone pride of the Flemish Lion. For the loss of real solidarity among socialists, of Christian charity among Christian Democrats, of the real fight for freedom among iberals. And, of course, for having lost the elections. I truly understand where the pain originates.

I understand Flanders' pain so well that I take my role as Flemish grief mentor more seriously than ever before. For fifteen years I have been investigating who or what 'the Fleming' is and how I comply with that image (or don't). Since De Leeuw van Vlaanderen (2003) and Onze Lieve Vrouw van Vlaanderen (2005) I have been analysing the identity crisis in our region - by acknowledging our suffering and then easing it. Today, I want to invigorate this mission. I want to lead the grief of Flanders in the right direction and involve every (potential) inhabitant in doing so. From the richest and most powerful one to the most disenfranchised, the illegal, unknown refugee.

As far as I'm concerned, the latter symbolizes grief. Like no other, the unknown refugee embodies the nostalgic longing for a culture left behind. A feeling that the Fleming is all too familiar. Just think of the 19th-century poverty flight to Wallonia and the United States or of the Flemish Jews who had to escape the German occupation. A feeling that lives on today in spiritual escapism to ancient Flanders, far away from the multicultural reality.

Starting today, we will go through a process of mourning together in order to achieve a social catharsis. I would like to guide you as a grief mentor and to make use of a remarkable incident: the death of the unknown refugee who was hit by a car on the E40 in Jabbeke last year. He was hiding in the woods, as he was hunted by the police and their dogs, and crossed the highway panic. He left his culture, his identity and finally also his life behind for a better future. He was a worthy loser.

Defeated by the feeling of emptiness he leaves behind, but thankful that he has been spared further suffering, we inform you of the death of the Unknown Refugee. He died on his way to a safe haven.

We invite you to commemorate his young life on Wednesday 3 July. The ceremony, a funeral with music and dance performances, takes place at 4 p.m. in the church Onze-Lieve-Vrouw-Hemelvaart in Beauvoorde, a stone's throw from the highway. He loved white roses.

After the ceremony, you can give your condolescenses to his relatives.

I hope to meet you there. To find the unknown refugee in ourselves. To practice being worthy losers. 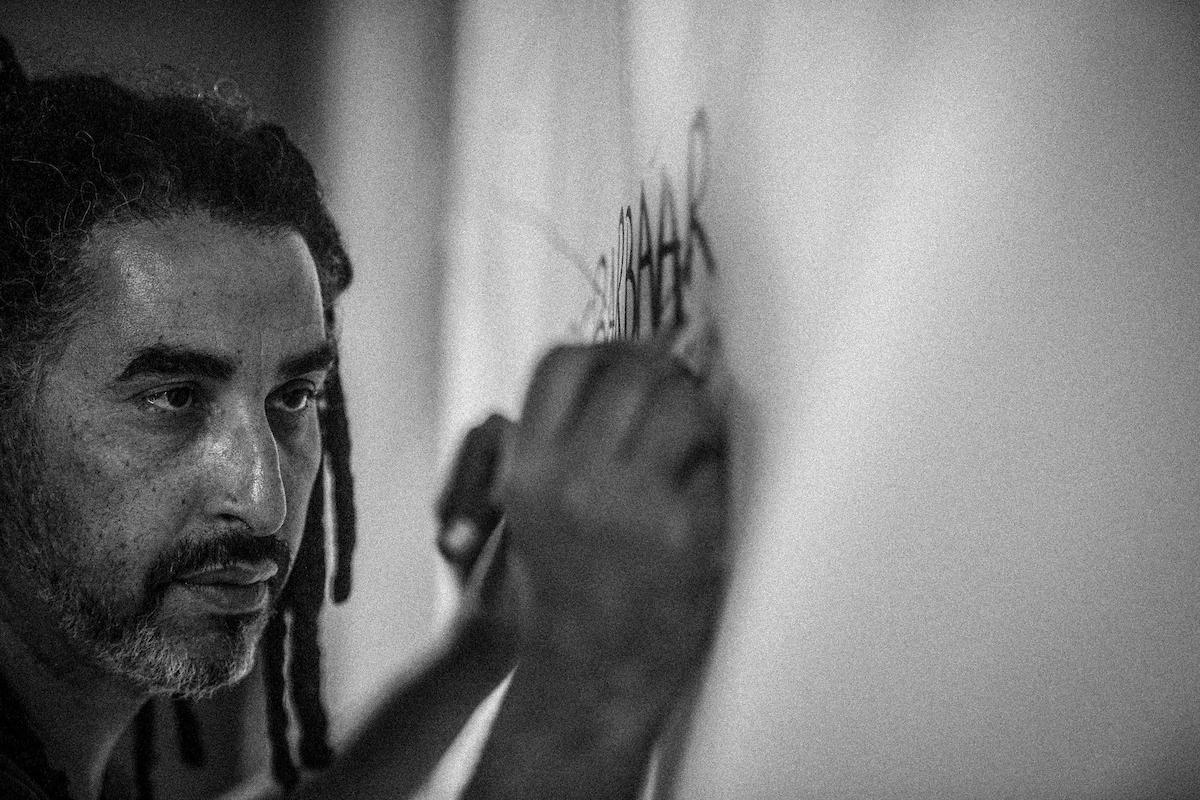