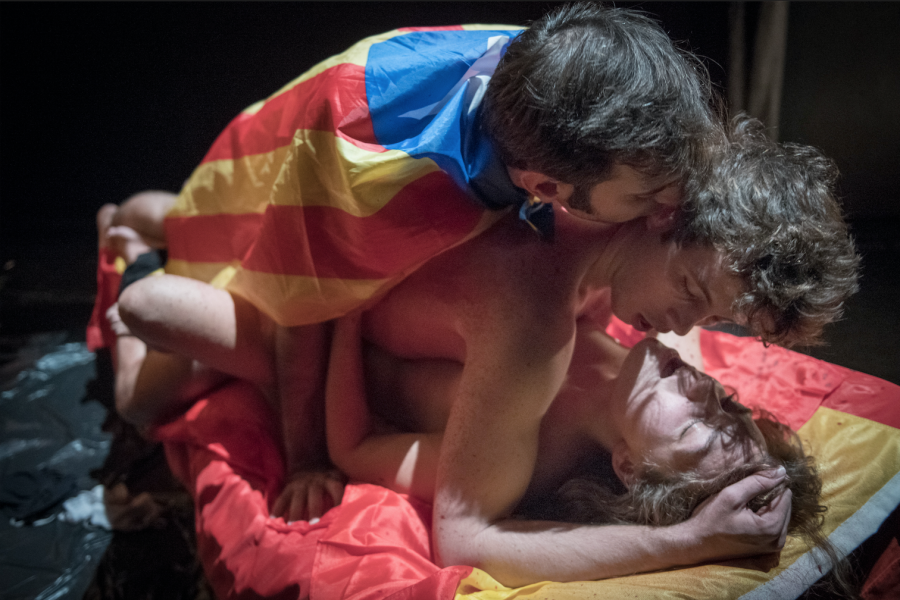 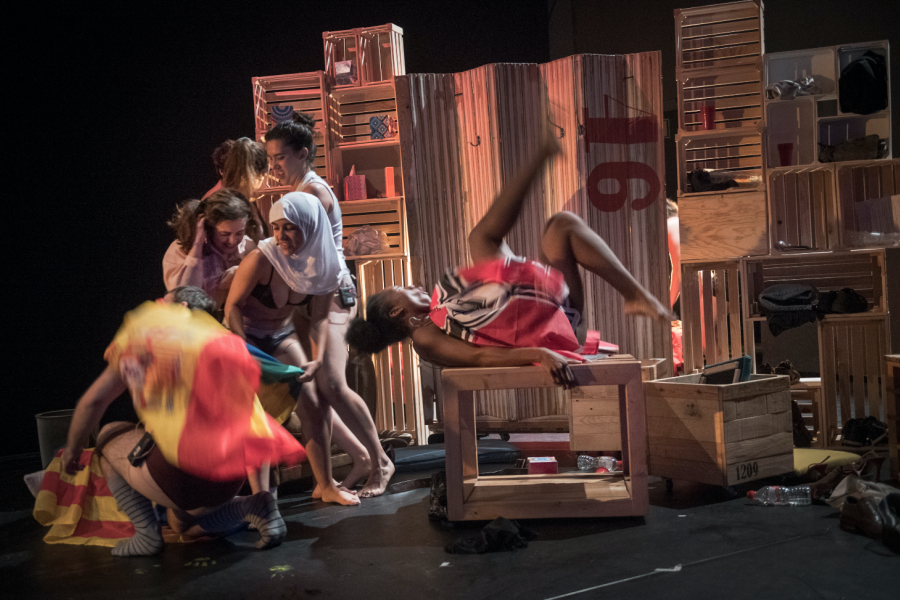 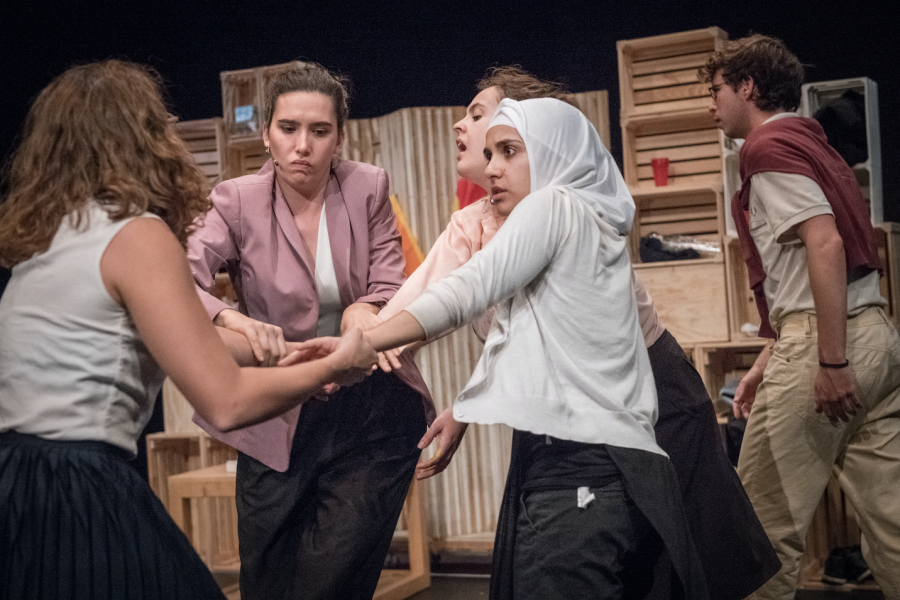 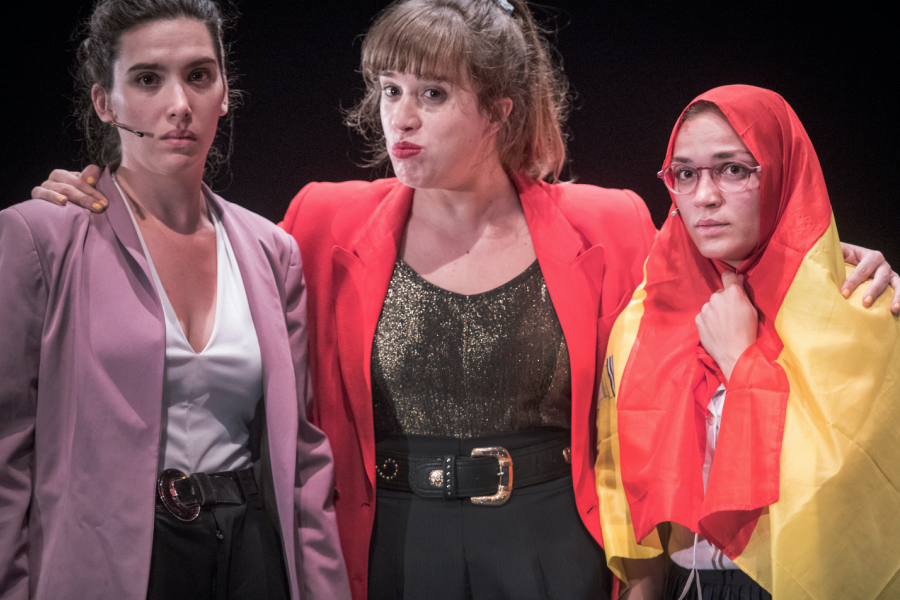 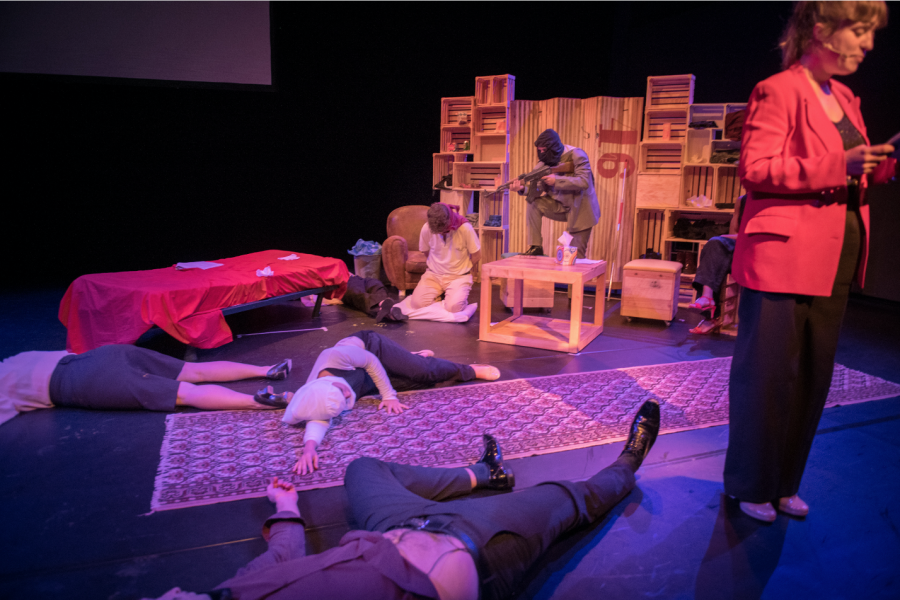 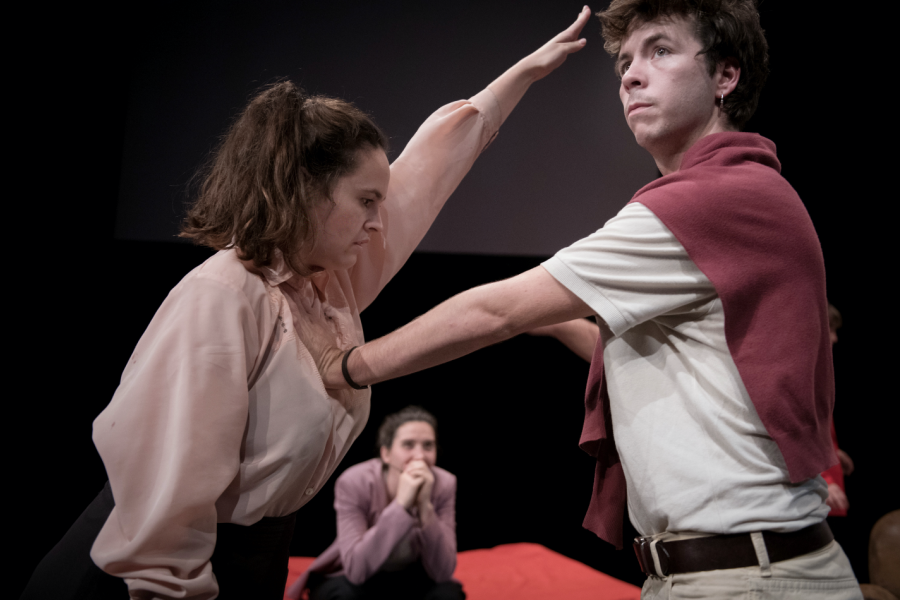 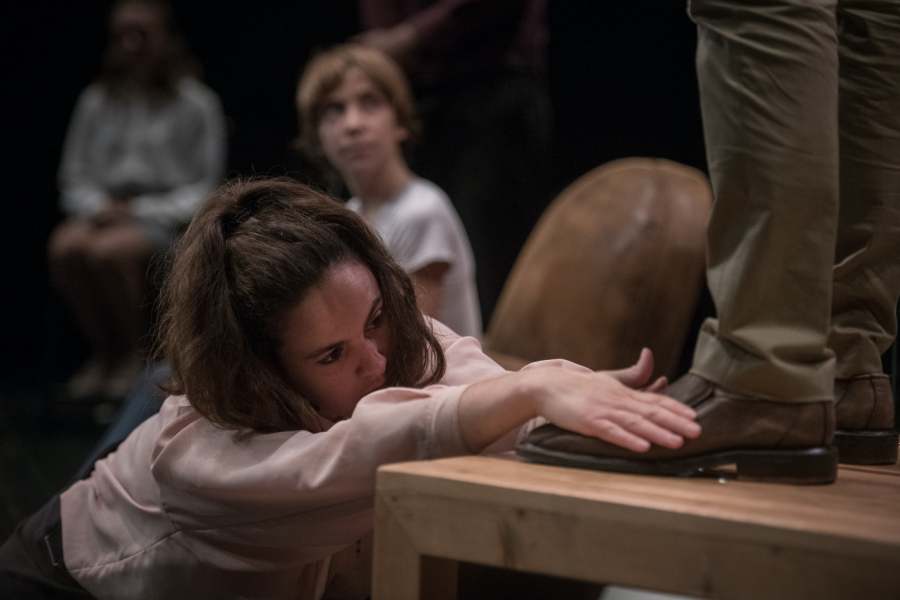 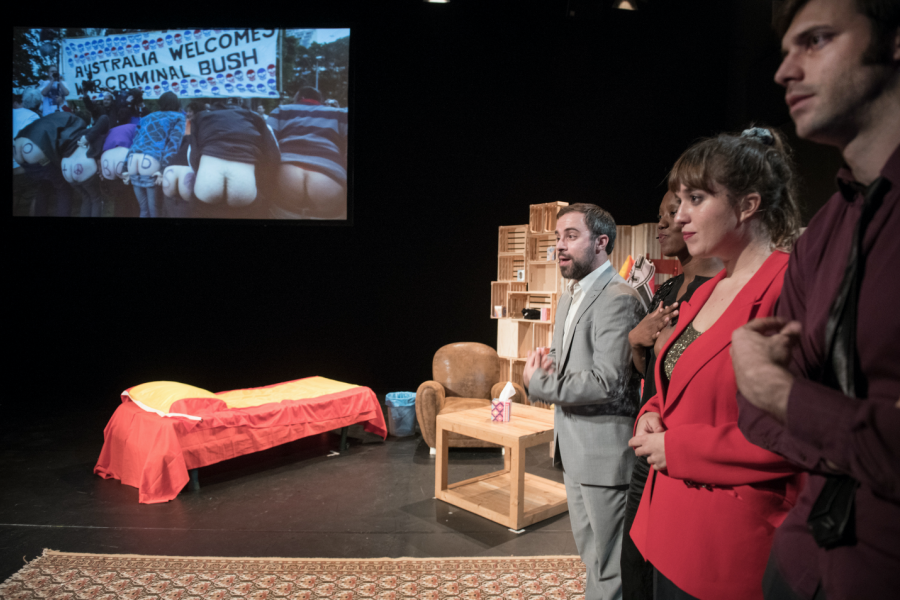 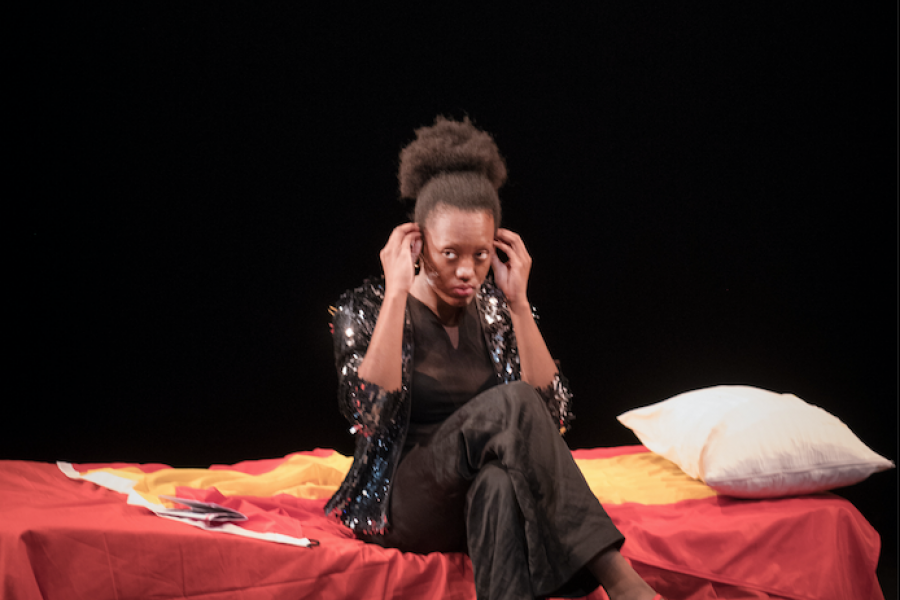 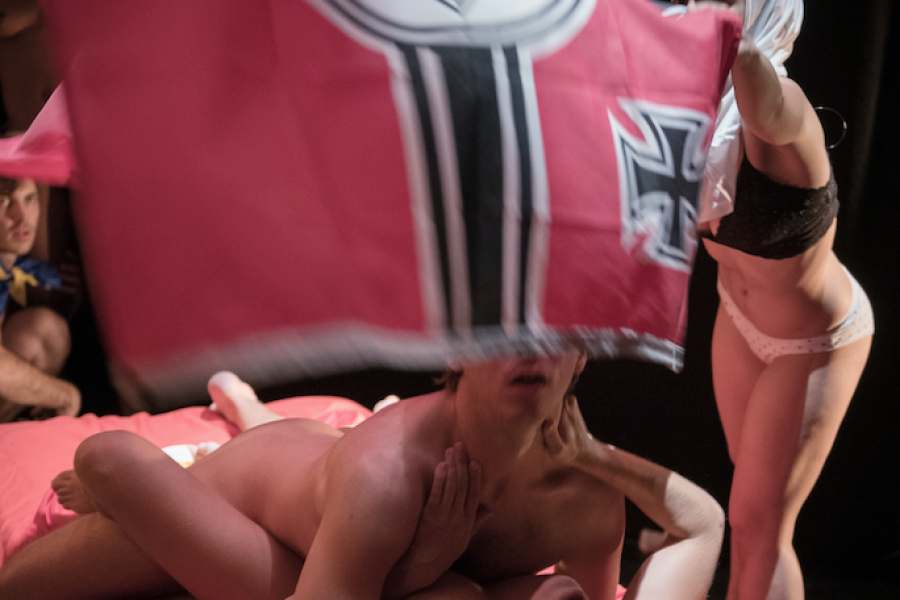 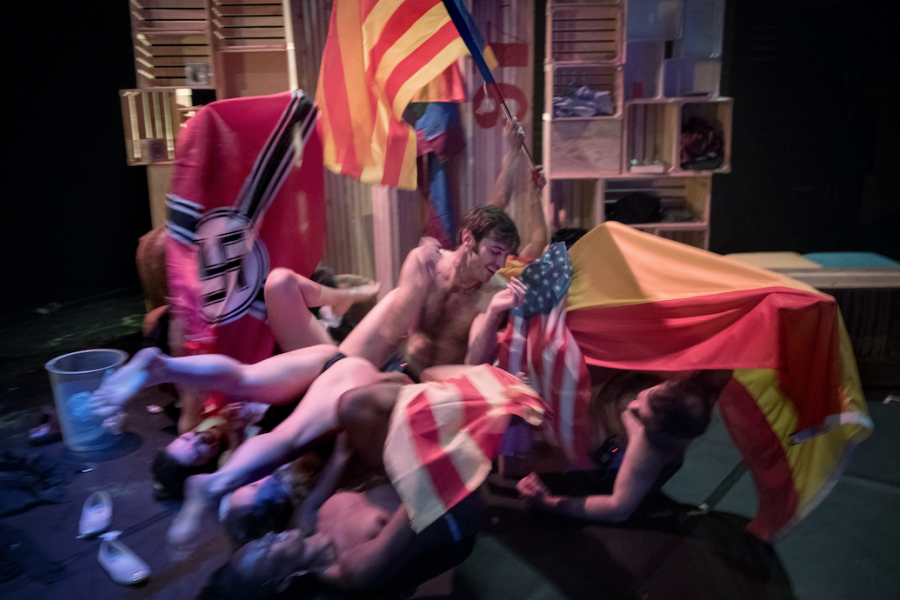 Director (Action Zoo Humain) and researcher (KASK/School of Arts/HoGent) Chokri Ben Chikha has been selected by the Institut del Teatre in Barcelona to direct a theatre production with a group of young alumni of the institute. After a series of auditions and some intense months of rehearsal AMNÈ(I)S(T)IA: Say Sorry will premiere in November 2018. Inspired by Amnesia/Amnesty, which deals with the similarities between ISIS fighters and collaborators, AMNÈ(I)S(T)IA: Say Sorry analyses the parallels between jihadists and supporters of the Franco regime. Léon Degrelle, leader of the Belgian fascist movement who was granted asylum in Francoist Spain after the Second World War, links the Belgian collaboration history to the dictatorship of Francisco Franco.

A group of young performers of the Institut del Teatre in Barcelona launch their own YouTube channel. In their videos the youngsters revolt against the hypocrisy behind the theatre and within society. They address societal themes and look for strategies to cope with collective traumas. The channel becomes a plea for radical empathy and a tribute to the power of imagination.

"AMNÈ(I)S(T)IA: Say Sorry is a clever parody of the way in which societies are willing to forget their pasts - currently a hot topic in Spain, where some people fear the return of fascism."

"A group of young people try to understand the complex political situation in their homecountry. They build a YouTube channel around 'radical empathy', which means they put themselves in the shoes of both culprits and victims."

Listen to the interview with Chokri Ben Chikha (in Dutch)
Knack

“A society only has a future when it comes to terms with its history. That’s why we challenge our audience to show ‘radical empathy’ with every aspect of this past.”

"In AMNE(I)S(T)IA: Say Sorry Ben Chikha doesn't shy away from taboos. Nazi flags show up, and someones smokes the Constitution. In the beginning this caused distrust. 'People thought I was crazy, only because I put grotesque images on stage and used a lot of humour'".

"It's about young, frustrated people searching for meaning because they don't feel accepted. And about over-romanticizing a glorious past. This is what Franco did, this is what collaborators did, this what Jihadists are doing today.”

"Projects like this should continue to exist, both because of their subject matter and because of the opportunities they create for young actors to enter the working world."

Read the article (in Catalan)
Recomana

"A very interesting play in which the ideas are confronted with ways to criticise them."

"'The great power of propaganda is to make others look like monsters', says Chokri Ben Chikha. The young cast passes on the message that not everything is lost yet. 'They are the future, the memory is in their hands'".

Read the article (in Catalan)
Romana

"AMNÈ(I)S(T)IA: Say Sorry makes the audience think about the importance of a second chance. Society condemns collectives, but doensn't pay attention to individuals that are part of them and, as such, tends to lack empathy."

"Despite the questions AMNÈ(I)S(T)IA: Say Sorry rises, it is also about certainties. The performance emphasises the need to break imposed silence and to find out how to ask for forgiveness."